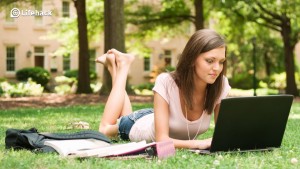 The world is changing ever faster, and each up and coming generation has to adapt to change with more and more agility. This world is proven to have a rate of change that is constantly speeding up rather than slowing down. This reality is not an easy one to adjust to, and young people bare a heavy burden in making sense of the world they live in. College students in particular face some of the most difficult life changes today. Not only are they absorbing an incredible amount of information as students, but they are also in what is statistically the most volatile years of a person’s life.

Individuals in their early to mid twenties are more likely to have mental breaks than any other age group. Psychologists have determined that this is the age range most likely to reveal mental disorders, mental illnesses and addictive tendencies. This is due to the fact that this age group is right in the middle of transitioning from adolescence to adulthood. For some, this transition occurs sooner or later than early to mid twenties, but on the whole, people tend to become financially, emotionally and psychologically independent from their parents and their rearing. Some people are well prepared for this moment and take the growing pains in stride while others suffer immensely from their lack of preparedness or stability. Sadly, the stress of these years is what has lead to numerous school shootings, suicides and other violent incidences.

This is not to say that these years are not full of great reward as well. Many people call college the best time of their life. It is a time of immense liberation, enlightenment and opportunity. Many people find who they are meant to be in college and firm up an admirable identity through their education and exposure to global matters. However, it is very hard to predict who will come out of college stronger than they were when they started and who will come out of college shaken to their core by the weight of the world. The best thing you can do for a college student you care about is encourage them and remind them that they are cared about.